Learn about other patients who have had LASIK with Dr. Salz! 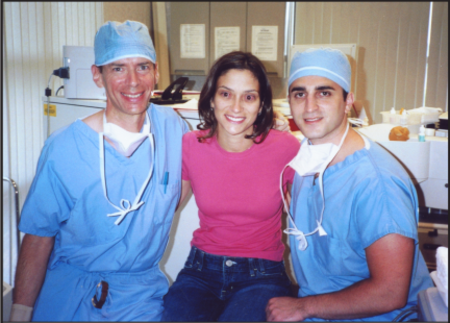 Dr. Salz is an experienced LASIK surgeon who has been performing vision correction surgery for many years. Unlike high volume corporate centers, Dr. Salz performs an extensive pre-operative evaluation himself, including the determination of the critical measurements and calculations used to program the computer to perform your treatment. He will discuss your particular situation with you in detail and answer your questions in a forthright open manner. Throughout your LASIK experience, Dr. Salz and his staff will guide you each step of the way. As a longstanding provider of state-of-the-art ophthalmology services, you can be confident that Dr. Salz will be available year after year. We will be happy to provide you with references from many of our satisfied patients (with permission). One reference we are particularly proud to share is from the head technician at the NJ Eye Laser Center.  When his wife decided to have LASIK, John and Lucia chose Dr. Salz.