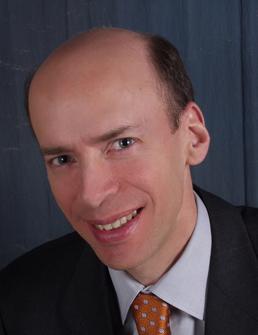 ALAN G. SALZ, M.D., originally from northern New Jersey, was the valedictorian of his high school graduating class. He received his B.A. and M.D. degrees with highest honors at Boston University's combined six-year undergraduate and medical school program. He interned at Pennsylvania Hospital in Philadelphia and completed his ophthalmology residency at the prestigious Wills Eye Hospital, ranked the number 1 training program in the United States by Doximity in 2018.  He has been selected as a Top Doc in NJ Monthly Magazine multiple times including 2018 and has been a Castle Connolly Top Metro NY Area Doc 14 years in a row.

Dr. Salz has a longstanding interest in refractive surgery beginning with radial keratotomy. After FDA approval of the excimer laser to correct nearsightedness in 1995, Dr. Salz was the first ophthalmologist to perform laser vision correction in central New Jersey. He has been performing LASIK since 1998. In 2005, Dr. Salz was the first ophthalmologist in central New Jersey to become certified to perform Intralase All-Laser (bladeless) LASIK. He has corrected the vision of many local physicians and their families, members of his staff, his own daughter and has had his own vision corrected by laser.

Offering state-of-the-art services since he went into private practice, Dr. Salz has also been on the forefront of modern cataract surgery.  He offers the full spectrum of intraocular lens implant choices including monofocal, multifocal, astigmatism correcting (Toric) and the Symfony lens. Dr. Salz will take the time at your office cataract consult to discuss with you what lens implant options would be available to you.  Beyond surgical skill, Dr. Salz provides his patients a thorough evaluation prior to any procedure and caring personalized attention throughout their experience. Over his career, he has participated in missions to perform cataract surgery in third world countries.

Dr. Salz is a board certified ophthalmologist. He is a member of numerous professional organizations, including the American Academy of Ophthalmology and the American Society of Cataract and Refractive Surgery.